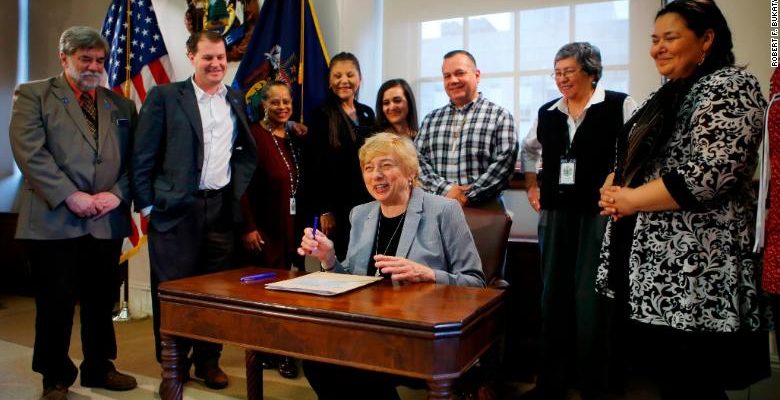 The state of Maine officially replaced Columbus Day with Indigenous Peoples’ Day on Friday, joining a growing list of states that are changing the name of the holiday to honor Native American communities.Maine Gov. Janet Mills, a Democrat, signed the legislation into law at a ceremony at the Maine State House and said she wants the state to come to grips with the more controversial parts of the American past.