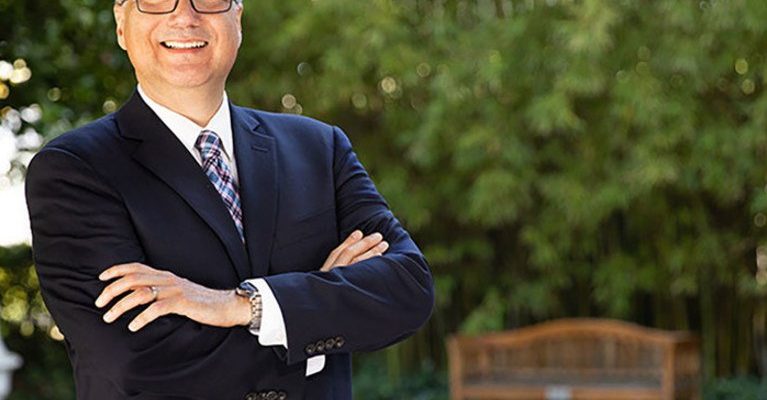 We write to condemn your sudden firing of Dean Anthony Varona and to urge you to reverse this decision. We question the underlying motivations for the arbitrary dismissal of a highly regarded national leader in legal education, who has been a successful dean and is supported by all the constituencies of the University of Miami School of Law. The reasons offered in the University’s public announcement seem but a pretext not supported by Dean Varona’s performance during his tenure as Dean. For the past twenty-five years, LatCrit has been among the leading Latinx organizations in the U.S. legal academy. This organization was founded principally by UM Law faculty members, among others. For twenty-five years we have partnered repeatedly with UM Law under all the deanships spanning that entire quarter-century. We are proud of this joint record and its many fruits, dedicated to intellectual honesty, knowledge production, and justice under the rule of law. Today, however, you force us to publicly disassociate ourselves from the institution that UM seems to be becoming and to associate ourselves instead with Alumnus Joe Klock’s letter to you, and UM Law Faculty’s public statement issued the same day as yours.  Until receiving or learning of any credible explanation, both for the unilateral action and for its secretive haste, we are ethically compelled to condemn in the strongest possible terms your apparently discriminatory firing of Dean Varona and to broadcast the facts you overlook. With respect, we now seek to ask the Board of Trustees to reverse the misguided decision of the President and Provost before it becomes effective on July 1.

We know and share the spirit of your Mission Statement. We appreciate your vaunted “initiatives” proclaiming your steadfast commitment to “inclusiveness” and respect for all on your campus, and across the entire hemisphere. We have read your May 25 announcement, as well as the proliferating news reports since then. Reflecting on all this, and recalling fondly the institution that we know UM used to be, we are especially dumbfounded by this peremptory action without any attempt  to consult with your own faculty or community, or to timely provide any credible reasons to your students, staff, donors, alumnae, and community—as well as to your constituencies, stakeholders, or supporters of UM Law.

As your former longstanding institutional partner, and as concerned members of the U.S. legal academy, we are left wondering if you have considered the impact this inexplicable decision has for the reputation of UM Law.  It is a puzzle for us how  the sudden termination of a Dean in good standing serves to improve the School’s fundraising, rankings or bar passage rates  With this unjust termination, in what seems to be a violation of your own Mission Statement, UM risks alienating not only faculty members but also students, colleagues, donors, foundations, and other stakeholders of legal academia.

Dean Anthony Varona is a nationally known scholar and administrator with an excellent reputation.  He had a stellar record of teaching, scholarship, and deaning at American University Washington College of Law in the decades before you recruited him to your institution less than 22 months ago. In the larger community, Dean Varona has a reputation as an inspiring visionary who has been a key force in the operation of numerous intellectual and scholarly organizations, including ourselves, the Society of American Law Teachers, and People of Color Conferences.  As you are surely aware, only a year before joining UM Law, Dean Varona spearheaded the Fourth National People of Color Legal Scholarship Conference (NPOC19), the largest scholarly legal conference of minority faculty ever assembled.  Dean Varona’s leadership made NPOC19  a monumental success. In addition, Dean Varona is a leading force among the law school deans specifically in Florida: you must be aware of his extraordinary efforts during the uniquely difficult challenges presented by bar examination testing during the Covid-19 pandemic. During his short tenure, Dean Varona – an experienced and accomplished fundraiser – raised many millions of dollars in cash and pledges for UM Law. You are lucky to have him.

In recent years, others in your positions of trust and responsibility have made similar public mistakes and then corrected them, including those entrusted with institutions that you view as your peers, like Georgetown University and UC Irvine. We hope that you, and we, learn from those still-recent examples. We urge and expect the same from you in this instance before your decision becomes effective on July 1, so that the damage already inflicted may be contained rather than continued.

Concretely and specifically, we call upon UM and its Trustees promptly to (1) reconsider and rescind its mistake and simultaneously to provide the open apology for this unforced error; and (2) institute an independent inquiry into the events and reasons leading up to this damage to the institution, its reputation, and its many constituencies. This investigation should probe whether Dean Varona’s summary removal violates the University’s own professed values and the University’s own rules and regulations regarding the conduct of its internal affairs. Whether or not this action also violates any local, state, or federal laws should be left to others. But to minimize this self-inflicted tragedy, the University should attempt to hold itself accountable to its own rules, values, and principles now.