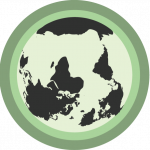 LatCrit originally emerged out of a series of debates stemming from various Critical Race Theory meetings during the late 1980s and early 1990s. The first meeting for what would become LatCrit, occured in San Juan Puerto Rico as part of a Hispanic National Bar Association Law Professor”s meeting in 1995. Since then LatCrit has grown from a series of annual meetings to a collection of innitiatives and projects with both a local and global presence. We are currently in the process of developing a short history that will shed some light on the origins and directions of LatCrit. In order to provide an introduction to the debates framing the contours and the transformations of LatCrit, we have included a series of publications that capture some of the critical reflections that chart this history. Any contributions, stories, anecdotes are welcome.